(40 hours left – if each backer shares with one friend who buys a shirt, we’re funded.)

Hello wonderful backers we’ve been moving and collecting stories of initiative for a while now and it’s time for us to share a few of them with you!

Ali Makhzomi and the instant public lending library. Ali is interested in spreading the value of literacy and culture through reading. Baghdad’s public libraries are few and far inbetween. So Ali and some friends set up a free library in a cafe by installing a bookshelf and creating a public library in collaboration with Everyday Cafe! It’s awesome!

Um Wael with a wonderful story of initiative, entrepreneurship and positivity. Um Wael is an Iraqi refugee in Egypt, she has 3 children and as soon as the family arrived in Cairo her husband got sick and died. Not sure what to do, she thought to herself, what do I know that I can use to support my family? Remembering that in 4th grade she learned to crotchet she thought she could make products and sell them! Not having the funds to buy yarn she pulled apart VHS tapes and used the magnetic tape to make her first batch of products. Bootstrapping, she used the funds from that to buy potato sacks for the colored string that comprise them. Now she’s has been working with The District Community Markets to sell her yarn cellphone holders.

Zaid Jawad tells us the story of his fathers love for arts and culture. He would take him out to the movies every week. During the most recent war and problems with insurgents he saw that the number of movie theaters were plummeting due to fear of retaliation for being western and unorthodox. Seeing this problem and recognizing the value arts and culture have for society he decided to start up theaters. With no clear idea what he was doing as he was originally a heavy machining engineer, he sold his house, he formed a team with his friend and his dad. They all went through financial difficulties, mortgaging their houses as collateral, but they started four theaters in Baghdad in the face of sectarian strife and real danger due to concerns of blasphemy. This is a story of courage, initiative, entrepreneurship and passion.

These are a few examples of the stories we hope to spread. Stories of real people looking into the future and own it. Creators of the future filled with hope and drive. Help us share these values and ideas. Help us fund this project. If each backer shares with just one person who sponsors us at the shirt level. We’re done. Think about helping us by sharing this post on facebook or twitter!

Also, be sure to see how we’re helping translate hackerspaces to the Middle East through our work with Lamba Labs! http://facebook.com/lambalabs 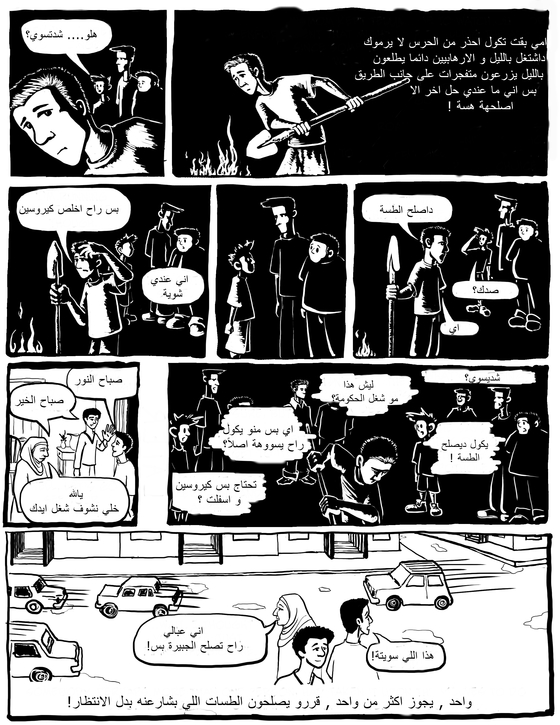 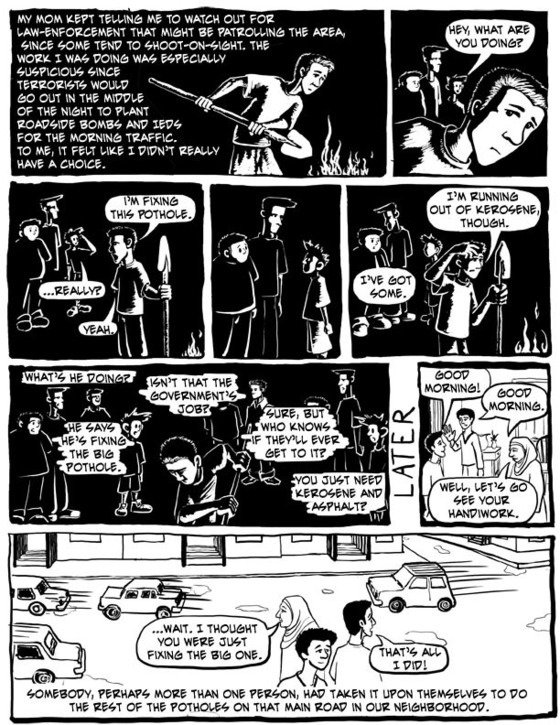